Charlie Hills’ Battaash became the first horse to beat Dayur’s five furlong track record in the Nunthorpe at York in 55.9 secs, beating Dayur’s 56.16 secs which has stood for 29 years – in the the same blue and white colours of Sheikh Hamdan al-Maktoum.

It was an astonishing performance as both his previous attempts to win this race both ended in disappointment, when a fourth place 12 months ago Battaash was set off at odds-on, which gave concerns that he simply did not enjoy his trips to York.

Within a few strides of this year’s Nunthorpe, however, it was clear that Battaash was out to set the record straight. He broke well and travelled well and when Jim Crowley let out an bit of rein about halfway, he exploded into a lead that none of his rivals ever looked likely to threaten. He crossed the line and stopped the clock at 55.9, while also looking as though he could have gone faster still if he had to.

Battaash may now attempt to succeed where Dayjur failed, to some extent at least. The Breeders’ Cup Turf Sprint at Santa Anita over five furlongs, rather than the dirt event over six, could be his ultimate target this year, after trips to the Flying Five at The Curragh in September and the Prix de l’Abbaye at Longchamp a month later.

“You look at this track and you’d think it was made for him,” Charlie Hills, Battaash’s trainer, said. “The question had crossed my mind after he’d finished fourth on both starts here before but he’s a lot more experienced now and now I think he’s one of the fastest horses there’s ever been. We don’t want to be too greedy with him because he’s a gelding and we’re looking to keeping him in one piece when he’s seven and eight, but if there’s a year to really go for it, this could be it as he’s in great form and we can go on to the end of the year. 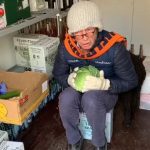 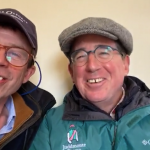