A soon-to-be named three-year-old filly by Muhaarar is due to be Owen Burrows’ first runner in his new guise as a public trainer at Lingfield next month, and he hopes his profile can rise further when classy stable star Hukum appears in Dubai not long after.

Burrows, who assisted the legendary Sir Michael Stoute in Newmarket before starting in Lambourn in 2016 in a private role for the late Hamdan Al Maktoum, has been allowed to open his doors to other owners and has spent the winter on the hunt for new clients.

He has also relocated to Farncombe Down Stables, a 40-box former rehabilitation yard close to his former Kingwood House base.

The pre-Christmas move means his string, who will use the same gallops, no longer have to cross a 60mph country road to access them, which will result in a 45-minute turnaround between lots.

That will create time for an extra lot, although Shadwell cutbacks in staff following the sheikh’s death last year has also necessitated that, but Burrows – a former jump jockey for Martin Pipe – is not afraid to muck in, or embrace modern methods of getting his name out there.

“I see people have a winner and film it as it comes back in – that wouldn’t enter my head, but it may have to now and the website’s on the way,” he said after watching leading lights Hukum and Minzaal exercise during first lot on Friday morning. “I’m probably from a different era, but we’re getting there.

“I’ve been spoiled in my first few years and I’m more of an everyday trainer now and have those tasks that probably everyone else in the country has, bar Charlie Appleby and Saeed bin Suroor.

“It’s good and I’m not too far up myself to think I’m too good to pick up a shovel or a fork – if you want it bad enough, you’re going to do what it takes.

“We were incredibly well supported by Sheikh Hamdan, but I’m relishing things and want to prove to people I can train anything.”

That might even include Burrows going back to his roots with a jumper or two, but also a change in approach from the Shadwell way of targeting Pattern performers.

“People may think I was getting sent all these good horses and had only to get them fit, but I believe I can do the job, even with low-rated horses, which is something I haven’t had the chance to do because, quite rightly, it was not what Shadwell wanted,” said the trainer, whose string numbers 30.

That comprises four Shadwell two-year-olds – two by Dubawi and one each by Kingman and Siyouni – while Sheikh Ahmed Al Maktoum’s familiar yellow silks and the green and white of Ahmad Al Shaikh will also represent the stable, but Burrows, eternally grateful for the support of the Maktoum family and its associates, has made clear his business is open for all.

“Ahmad Al Sheikh said to me that when I start having runners in different silks people will realise I’m not just Shadwell now,” he added.

“I’d love to have a few for everyday people or a little syndicate, which is something I’ll try to organise. I knew it was never going to be easy to attract owners because everyone is coming off the back of the pandemic, but I thought it might have been easier to buy at the sales.

“I went there hoping to buy four and, quite naively, thought if we came away with two I’d be happy. I drove back that night from Newmarket with none, which was a bit of a reality check.”

Burrows will attend another sale in Newmarket in the coming days before his first runner in three months in a 7f fillies’ novice at Lingfield on February 18, two weeks before multiple Group winner Hukum preps at Meydan for the $6 million Dubai Sheema Classic at the end of March.

“I’m very lucky I’m not starting from scratch and Hukum goes to Dubai, while Minzaal will go to York for a Group 2 in May and then hopefully all the Group 1 sprints,” he said.

“I’ve stuck Anmaat, who was second in the Cambridgeshire, in the Lincoln and we’ll see how he shapes up in the next month and whether it comes too soon.” 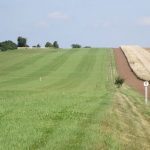