Oxted ruled out for the season

Last year’s King’s Stand winner Oxted will not defend his crown at Royal Ascot and has been ruled out for the season after suffering a tendon injury.

The six-year-old has not been seen since finishing third in last year’s Darley July Cup at Newmarket following knee-chip surgery and suffered a further setback last month, which had ruled him out of his intended reappearance in the 1895 Duke Of York Stakes last week and put his participation at the royal meeting in doubt.

A subsequent scan has revealed Oxted has a tendon tear and Roger Teal has decided to call time on his campaign and rule him out of the King’s Stand, which he was a one-and-three-quarter-length winner of last year.

“The scan was an improvement but we’re out for the season,” Teal told the Racing Post.

“He’s got a small tendon tear. It’s not massive, but it’s there. If we ignore it, it’ll make things ten times worse. We’re not going to risk him and we’ve pulled up stumps.”

“It’s such a shame as the knee-chip operation worked so well and he was moving unbelievably. You get him patched up for one thing and something else goes, but they’re athletes. It happens to the likes of footballers every day.

“It’s just the way everything is going for us at the moment. Everything’s going wrong and nothing is going right, when you lose horses like him it’s a big kick in the you-know-whats.”

He added: “Everyone’s taken it on the chin really well. It’s horses, it happens. When it happens to the good ones it’s a big blow, but all being well we will get him back for next year.

“We’ll let it repair and start again. Sprinters can go on for quite a while and fingers crossed we can get him back in one piece. He’ll be fresh, that’s for sure.”

Top-class US sprinter Golden Pal heads the betting at a general 5-2 for the King’s Stand, which takes place on June 14, ahead of Australian star Nature Strip at 5-1. 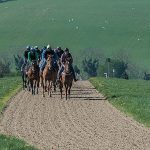 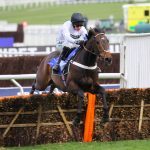