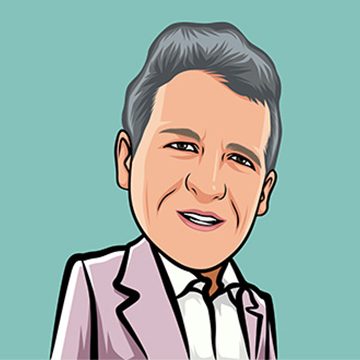 Dominic grew up in Ireland, the son of a County Meath vet. His great-grandfather trained in the Phoenix Park and he quickly developed a love of all things horse himself. Pony club, hunting, hunter trials and point-to-pointing among his interests.

On leaving school, when taking yearlings to Newmarket sales he landed a job with Paul Cole and spent six successful years with him as pupil and then assistant. He was an up and coming trainer with a superb team of staff to learn from. While there he broke in several very good horses including Generous, Knights Baroness and Ibn Bey.

From there he joined David Elsworth and was to spend nearly five years with him. Several good seasons there followed with the likes of In The Groove, Dead Certain, Seattle Rhyme and jumpers Desert Orchid, Oh So Risky and Barnbrook Again among the many good horses he was involved with.

Starting out on his own in 1994 with a small string, he has enjoyed plenty of success under both codes. A real superstar has thus far eluded him but has had many multiple winners with the likes of Brandywell Boy, Blessed Place, Justcallmehandsome, Admirable Duque and Hawaii Storm all reaching a double figure tally of wins. Black-type performers Coffee Time, Sir Ninja, and Crafty Fancy amongst his notably shrewd purchases.
His search for that elusive star goes on and he has a very good team of staff in his friendly and welcoming yard where every horse is treated as a future champion.

Dominic loves to welcome owners to the yard, on the gallops and to help in planning the campaign of their horses. All types of ownership catered for.